Mosquitoes season is coming to Greenville 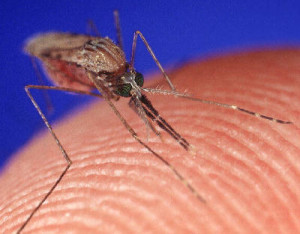 With mosquitoes season on it’s way to Greenville we thought it would be a good topic to cover in today’s post.

We found a good article on angieslist.com that was written by Mike LaFollette

Summer is synonymous with many things: baseball, fireworks and unfortunately, mosquitoes, which can ruin a summer barbecue faster than a rotten hamburger.

But they can also transmit serious diseases including West Nile virus and malaria, and can expose dogs to heartworm. A September 2012 report by the World Health Organization and Environmental Protection Agency estimates that 300 million people worldwide are infected with mosquito-borne illnesses each year.

The good news is you don’t have to run for cover every time the sun goes down. With a little preventive maintenance and monitoring, you can gain the upper hand on mosquitoes.

The No. 1 thing you can do to reduce mosquitoes is to eliminate standing water. Mosquitoes go through four stages in their life cycle: egg, larvae, pupa and adult. All but the last stage occur in water. Without water, mosquitoes can’t reproduce.

After a mosquito eats a blood meal, leaving the human with an itchy bump caused by an allergic reaction to the insect’s saliva, it searches for water to lay eggs. The EPA says it takes about two weeks for an adult mosquito to emerge.

Mosquitoes aren’t as similar to vampires as you might think. Only females bite, and for a specific reason. “Contrary to popular opinion, mosquitoes do not need a blood meal to survive the daily grind,” says Ken Frost, owner of highly rated Mosquito Squad of East Indianapolis, a two-time Angie’s List Super Service Award winner. “They only take a blood meal for reproductive purposes.”

You might think your yard is safe from mosquitoes because there’s no obvious sign of standing water, but the reality is that even a bottle cap full of water can become a mosquito breeding ground.

“Any area can become problematic,” Frost says. “We urge homeowners to empty water from potential breeding grounds including children’s sandboxes, wagons or plastic toys, underneath and around downspouts, as well as in plant saucers and dog bowls.”

Clogged gutters or gutters that don’t drain properly are common breeding sites, says Rick Yates, owner of highly rated Mosquito Ranger in Wilmington, Del., a 2012 Angie’s List Super Service Award winner. “Most people think their gutters seem to be working okay, but if they have a low point in their gutters somewhere, water can collect and it becomes a place for them [mosquitoes] to lay eggs.”

Mosquitoes feast on plant nectar when they aren’t prowling for blood, so they spend a lot of time in tall grasses or around shrubs and bushes. “Mosquitoes like a place to hang out during the heat of the day,” Yates says. “If you’ve got heavy vegetation around the house, it’s cooler and it’s damp so they hang out on the leafy tissue on the bottom of those plants.”

Yates says you can reduce your mosquito population by trimming vegetation near the home and keeping lawns mowed.

Several types of plants act as a natural mosquito repellent. For example, the citronella smell used in mosquito-repelling candles is derived from the citronella plant, a grass that can be grown in climates where it doesn’t freeze or raised in a pot in colder climates. Mosquitoes also avoid catnip, lavender, marigolds, basil and peppermint.

Yates and Frost warn homeowners to be aware of areas where debris collects in the yard, such as grass clippings and piles of leaves.

“We encourage people to get out there and do the spring cleanup,” Yates says. “Get those twigs and leaves and branches that have piled up in the corner of your yard or against the fence. Get them out of there because they become a point source for mosquito breeding.”

“Mosquitoes like a place to hang out during the heat of the day,” Yates says. “If you’ve got heavy vegetation around the house, it’s cooler and it’s damp so they hang out on the leafy tissue on the bottom of those plants.” (Photo courtesy of Angie’s List member Andrea A. of Mountlake, Wash.)

Most barrier spray treatments contain pyrethrin, a botanical pesticide derived from dried chrysanthemum plants, or pyrethroids, a synthetically produced insecticide that mimics the chemistry of the naturally occurring pyrethrin. Pyrethroid spray is used more frequently and considered to be more effective because pyrethrin breaks down rapidly when exposed to sunlight and moisture.

The barrier spray is usually applied to vegetation with a backpack sprayer. It paralyzes and then kills mosquitoes after they come in contact with it. It’s approved for use by the EPA, which says “exposures from the many current uses of pyrethrins and pyrethroid insecticides do not pose risk concerns for children or adult.” However, the agency warns that runoff from the pesticides can be harmful to aquatic life.

Larvicides are an effective option for treating water bodies such as retention ponds, ditches, lakes and even backyard ponds. The most common larvicide is BTI, Bacillus thuringiensis israelensis, a naturally occurring bacterium. It can be applied directly to water via dissolvable briquettes, backpack sprayers and even aircraft. BTI is considered safe to use in the environment and is nontoxic to mammals, fish and birds, according to the EPA. BTI is only effective on larvae and doesn’t kill adult mosquitoes.

Most mosquito control companies offer plans where a technician applies treatment several times a year. Some homeowners will schedule a single treatment before an outdoor event such as a wedding or party.

Yates says prevention is the easiest way to control mosquitoes. If you already have the pests, though, be aware that bug spray or burning a citronella candle won’t address the cause of the problem: breeding places on your property. “If we can reduce the source of mosquitoes,” he says, “it’s going to go a long way towards fixing the problem without applying any control products.”

We hope this helped you prevent your Mosquitoes problems this spring and summer.

Remember to call us with any of your heating and cooling needs.

Be sure to leave a comment below and thanks for reading.